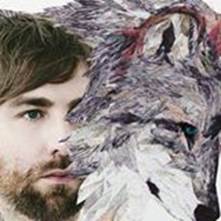 Josh Pyke is an Australian musician, singer and songwriter with a gift for story-telling. His lyrics are not quite what you’d expect from his folk/pop/Indie genre, in fact he’s won acclaim and respect for his creativity and clever way with words. He’s a master of the imaginative turn of phrase and metaphor, and thousands of fans (including me) sing along to every word at his gigs, loving not only the songs themselves, but the complex and often profound meanings behind them that seem to resonate with people of all ages. All his work to date (four studio-recorded albums) chronicles – sometimes with only lightly veiled intimacy – his life and love, in particular his sweetheart (now wife), and more recently and obliquely, his preschooler and newborn sons. We wondered how the birth of his second child, and being an active father to two little ones, has affected his busy professional life as a successful, and often touring, artist in the music industry. And yesterday being Fathers Day in Australia, we politely asked Josh to answer three questions focusing on creativity and parenting.

How has being a father to two little ones changed your creative and personal life?

As any parent knows, when you have kids you really have to structure your life around their needs, so as a creative person I’ve had to figure out how to make time to work. It used to be that I’d just wander around the house noodling on the guitar until I came up with something and would then have all the time in the world to refine the ideas. Now it’s more about allocating set days of the week to lock myself away in my studio and really use that time effectively. It’s hard but I wouldn't change a thing! It’s hard when you can hear your kids outside playing in the garden and you just want to go and join in, but I also have to remind myself that I have a responsibility to do my best work not only to provide for my family but also to set a good example for my sons.

How do your little ones make their way into the subject matter of your songs?

It’s mostly a perspective thing. For example, suddenly seeing the world through their eyes, and also suddenly realising that as much as you want to protect them, they essentially get born with their own identity and personality and will at some point desperately want to forge their own way, just as we all did when we were kids. Leeward Side is pretty much about that, and Stories that get told touches on that too.

Is fatherhood/being a parent what you expected? What are some of the surprises?

I didn’t really have any expectations. I just wanted to think of the experience as a beautiful gift that would keep unfolding every day, and it’s certainly been that. Too many surprises to list! Kids surprise you every day with amazing things, but I reckon the most surprising thing is actually a parent’s capacity to keep going and keep their child buffered from the various stresses of life, so that despite being incredibly stressed or sleep deprived, the kid still has the time and space to be a happy-go-lucky kid.

Josh Pyke’s latest album The beginning and the end of everything is available on itunes. For more information about Josh visit his website or Facebook page.

“A gender-equal society would be one where the word ‘gender’ does not exist: where everyone can be themselves.”*

I’ve always been aware of gender conditioning and actively tried to combat any lingering prejudices or stereotypes in my own parenting, even down to encouraging dolls with my boys when they were little. It’s great to read people writing about gender issues they’re experiencing with their kids. For too long these subjects have been discouraged or silenced. I’d love to publish some more creative writing on this topic, especially if you are struggling with a child who actively tries to move away from gender normative preferences. A society where everyone can be themselves  thanks Gloria for those aspirational words.